Savage awakens in a coffin and smashes her way out. She discovers five more people still alive, but six others are bony corpses. Even though they all say it's their twelfth birthday, their clothes are way too small, and they look like twenty-year-olds. Savage is chosen leader of the group, and she leads them through endless hallways scattered with broken skeletons of adults, kids, and babies. She figures it's safest to continue in a straight line, and they eventually meet a group of two dozen other boys and girls who've been awakened. They keep walking and find a room full of plants, water, and food, but one girl is killed and eaten by wild pigs. Another girl is captured by strange creatures, with dark wrinkly skin and red eyes, so Savage leads the group away into a nearby hallway. They are shocked to find themselves back with the same coffins where they first awakened. How is this possible if they walked away in a straight direction hours and hours ago? The truth will make them rethink everything they thought they knew.

The plot jumps into the action right away, as Savage finds herself trapped in the coffin. She hears voices in her mind, but it's obvious she has hidden memories that will be revealed as the book moves along. Savage is a reluctant leader, but she's better than the other choices. Bishop is a muscular, impulsive young man, and he presents an ongoing challenge to Savage's character. The relationship between the kids and the dark creatures is creative. The plot unfolds like a mystery, but the action and suspense are riveting. The author has told me that I shouldn't give away too much information, so I'll let you enjoy making your own discoveries!
Posted by Mark Buxton at 12:56 PM 0 comments 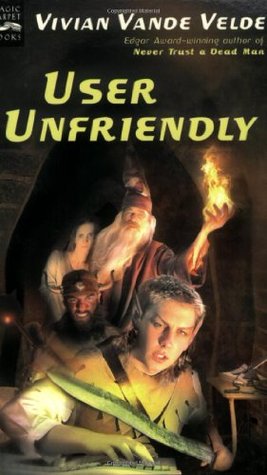 Arvin's friend pirates a new virtual-reality, computer game, and Arvin becomes a warrior elf named Harek Longbow. His group of friends, and his mom, become characters in the video game and set out on a quest to save a princess. The princess has been kidnapped by goblins and no one seems to know where she was taken. Harek and the other characters travel through forests, deserts, and caves and face many dangerous creatures. Then, they realize this is not a normal video game. Other characters start to loop, they find black holes in the programming, and Arvin is worried about his mother. Her character becomes sick and slowly starts to fade away. She's very tired, has difficulty walking, and more and more characters are unable to see her. If the kids can't escape the game soon, Arvin's mother may die.

Virtual realty stories aren't unusual, but this book connects connects the imaginary world with the lives of the game players. Their personality conflicts carry over into the interactions between game characters. It's very strange to have a character's mother become part of the team. Her illness created a huge conflict that lasted all the way into the resolution of the book. The plot included adventure and action, and the author leaves an unexpected twist until the climax. This book isn't a literature classic, but it's very entertaining.
Posted by Mark Buxton at 6:38 AM 0 comments 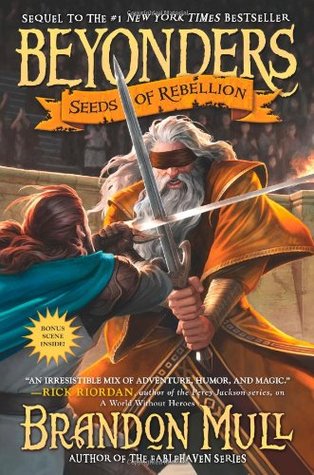 Jason returns from the Beyond to help Rachel and to warn Galloran the Word has no effect on stopping Maldor. Maldor killed all of the other wizards in Lyrian and now plans to control the entire kingdom. Rachel receives some help learning to use Edomics and discovers her natural abilities for magic are much stronger than anyone imagined. Galloran feels they will have a chance to defeat Maldor if they can unite the forces of the Amar Kabal and the drinlings with his own kingdom. An oracle once said that Jason is the key to defeating Maldor, but Jason doesn't understand why. The group travels through swamps and mountains, battling vicious creatures, warriors, and the undead, trying to amass the forces. The Amar Kabal will not join the effort unless the oracle now confirms they have a chance of success.

This book contains a good amount of adventure and action. Galloran and Rachel's characters take on larger roles than in the last book, and their skills amaze everyone. The author has managed to make many characters endearing to readers, but some of them do not survive through this book. Some characters, namely Ferrin, are mysterious, because they're loyalty is unclear. Ferrin was a top spy for Maldor and is now helping Jason. However, Ferrin is not even sure himself if others should trust him. Maldor controls many other characters, so he manages to create unexpected problems. I'm enjoying this series very much. Great job again, Mr. Mull!
Posted by Mark Buxton at 12:40 PM 0 comments 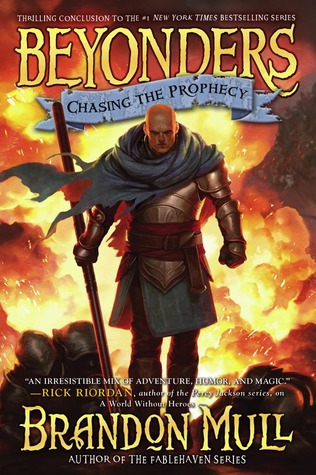 Galloran returns to Trensicort and regains his title as king. He immediately amasses an army to lead an attack on Maldor, the ruthless wizard threatening Lyrian. Galloran has the support of the Amar Kabal and the drinlings, two of the fiercest armies in the entire kingdom, and Rachel has developed her Edomic powers. Their chances of success are still very slim, and their only hope rests with Jason and his quest to uncover a prophecy. However, the prophecy is only known by a man who is thought to have died hundreds of years ago. Even if they can discover the prophecy, Galloran's supporters must still battle superior forces, giants, displacers, and Torivors. Jason is an unlikely hero, but an oracle has foreseen that he is the key to victory. However, she has also foreseen a traitor among Galloran's supporters, so efforts to defeat Maldor may be doomed before they even get started.

This plot has suspenseful twists as the characters face impossible obstacles. The most interesting thing is the characters themselves. They all have doubts about success and deal with them in different ways. Rachel considers returning to the Beyond, our real world, but she also thinks about sacrificing herself to Maldor. He has promised to spare the lives of her ten friends if she will become his apprentice. Ferrin is an especially entertaining character. As a displacer, he can remove body parts and reattach them later, including his head! He has pledged his support to Galloran, but he was a spy for Maldor and confesses he still has thoughts of helping him. The plot moved slowly in some places, but it was an enjoyable series.
Posted by Mark Buxton at 12:38 PM 0 comments 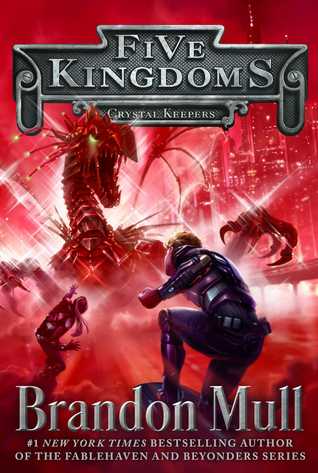 Cole and other members of the rebellion travel to Zeropolis to free Constance, another princess imprisoned by the king. Cole's powers are still damaged, but he finds another old friend kidnapped from the real world. The Crystal Keepers are a secret group opposing the king, but all of their hiding places are being destroyed. No one knows how the locations were discovered, and the situation gets worse. Cole delivers a message to the queen, but he also witnesses some terrifying news about Owandell, a man slowly taking control of the kingdom. On his way back to Zeropolis, Cole joins up with a very unlikely ally, and they are able to find Constance. However, another enemy is revealed that endangers all of the machines and humans living in the city.

The plot continuously presented bigger and bigger obstacles that kept the suspense high. The characters had to travel stealthily to avoid capture, their safe havens became dangerous, and new, more powerful enemies were added. The author introduced two character from Cole's past, Cole had completely forgotten about one of them, and their help was critical. The author shows great imagination through his characters' abilities, and humans freely interact with machines and robots. I always enjoy Mr. Mull's books, and I'm looking forward to reading the next book in the series.
Posted by Mark Buxton at 12:29 PM 0 comments