An Army of Frogs by Trevor Pryce

Darel is a wood frog living in Amphibiland, and he dreams of becoming a Kulipari warrior, like his father. His father was a hero and died years earlier while defending the frogs against the scorpion army. Amphibiland is now shielded against its enemies by an invisible cloaking spell. However, the scorpion king and spider queen are joining forces to invade the land. The queen thinks she can use nightcasting to undo the spell, so the scorpion army can attack and kill all the frogs. Darel accidentally finds the enemy forces and must secretly join them to free his captured friend. How can one little frog beat an entire army of scorpions, spiders, and mercenary lizards?

Darel is a character with dreams of glory, but he also has the natural fear that goes with war. He is mischievous and frequently gets into trouble, but he is a very loyal, brave friend. The author did a good job of creating suspense and finding ways to add twists to the conflict. The reading level is probably appropriate for middle grade readers.
Posted by Mark Buxton at 8:37 PM 0 comments

Celestine Chronicles #1: The Rock of Ivanore by Laurisa White Reyes Marcus is an apprentice to a wizard, Zyll. He joins other boys his age to complete a quest that will make them men. They are to return with the Rock of Ivanore, but they have no idea what that means or where to find it. Along the way, a vicious beast tries to kill Marcus and Kelvin, but a half-breed named Jayson saves them. Jayson tells Marcus that the solution to their quest can be found in the city of Dokur where he was banished by the king for marrying his daughter. Jayson must return to the city to save it from an invasion, led by his treacherous brother, but he also wants to be reunited with his wife. Marcus is still learning to master his magic, and he will need it to survive and fulfill the quest.

The format of the plot is familiar: a band of unproven boys sets out to perform a difficult task. Marcus becomes the leader, but he's unsure of himself. Including Zyll's staff as a character added some humor to the events, but it also offered advice along the way. The talking head on a stick was creative. The climax was exciting, and the resolution was predictable but also offered a surprise.
Posted by Mark Buxton at 8:34 PM 0 comments In Taemon's world, most people use power from the Earth,, called psi, to do everything. Literally. They use the telekinetic power to put food in their mouths, open doors, and power their vehicles. Taemon has an additional ability that is rarely seen; he is able to project his mind into other things. He can enter an engine to figure out how it runs, a lock to figure out its combination, and he can enter water to find the oxygen. However, he loses all of his powers when he won't kill his brother, and he's sent to a colony of powerless people. His brother is announced to be the chosen one, and Taemon discovers some secrets held within the colony. The two paths cross again, but it may not be enough to stop a devastating war.

I haven't read many novels where the character has special abilities and then loses them. Taemon thinks that using his hands to perform tasks is almost barbaric, but he learns to value this ability. His character must adapt to these changes, but he may need his psi powers again to resolve the colony's problems. But the powers can't be turned on and off like a light switch. It's an intriguing conflict. This book is the first in a series.
Posted by Mark Buxton at 11:46 AM 0 comments The city of Deliverance is a mess after Taemon got rid of all psi. Many citizens can't accept it and live with the hope of psi's return. After months, Taemon discovers that he is the only citizen who still has the power to use telekinesis and clairvoyance. He also hears that his father was taken to the Republik to help them prepare an army, so he sets out over the mountains to rescue him. Taemon finds the Republik has an army of archons, soldiers with psi, but he is no match for them. His left side is paralyzed, and it gets worse when he uses psi. The son of the Republik's general agrees to help, but getting into the enemy's fortress will be much easier than getting out.

This book is the sequel to The Freakling, and I enjoyed the plot. Taemon possessed great power in book one, but his injury in this book made his power unpredictable. The plot built up to an exciting climax. The time within the fortress created suspense. The end of the book seemed a bit rushed as they prepared for an invasion. The whole battle lasted four to five pages, but I liked the book overall. There will definitely be a book three.
Posted by Mark Buxton at 7:59 AM 0 comments 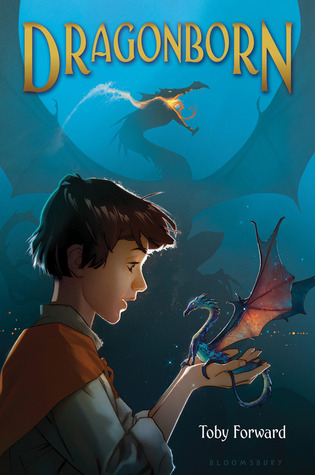 Sam is an apprentice wizard, but his mentor, Flaxfield, dies unexpectedly. Most of the former apprentices arrive for Flaxfield's Finishing ceremony, and they're concerned that Sam needs a new mentor. Sam is not aware of the great powers he possesses, and many wizards, good and evil, would like to control him. Sam runs away with his dragon, Starback, with no destination in mind. Starback starts to behave strangely and abandons Sam. Sam is guided to a school for wizards, but he senses something is wrong and heads out again. He comes upon the home of a deceased miner where he performs the Finishing. The mines are dangerous to wizards, and it may give the evil forces the edge they need to pull Sam under their power.

I found the idea of the conflict interesting. A young wizard with tremendous, unknown power, who was secretly being manipulated by others, created a dramatic conflict. Sam tried to learn about himself, while others seemed to already know about his secrets. I found the author's style a little confusing. The point of view jumped from Sam, to Starback, to an evil wizard. Sam often asked questions of other wizards that went unanswered, and it became annoying to me. Overall, I still enjoyed the plot and plan to read the sequel, Fireborn. Give it a shot.
Posted by Mark Buxton at 11:35 AM 0 comments